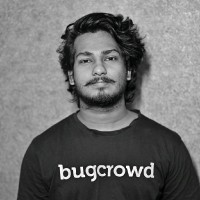 Hari Prasad (@H4r1) works as a Security Consultant at Payatu, specializing in web app, API, and mobile app penetration testing. He began his career as a web application developer and then applied his talents to hack security things.

In his spare time, he enjoys bug bounty hunting and has been honored by a number of companies. Apart from that, he enjoys doing Red Teaming research. He has a number of certificates, including CEH and CRTP.